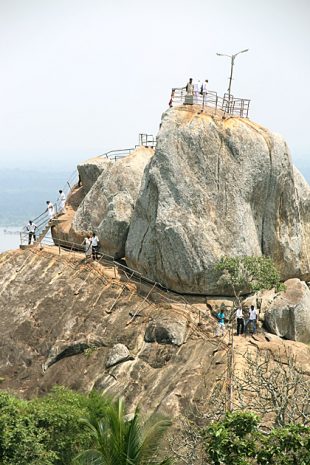 Get Those Sexy Calves of Steel at Mihintale

A few kilometers east of Anuradhapura is the small town of Mihintale, famous as the place that Buddhism was introduced to Sri Lanka. While on a hunt in the woods, the reigning Sinhalese King Tissa encountered a monk named Mahinda, who had been sent to the island by the Indian King Ashoka to spread the faith. Mahinda found a willing convert in King Tissa, and Sri Lankans quickly embraced their ruler’s new religion. Ever since, the country’s Sinhalese majority has been staunchly, proudly Buddhist.