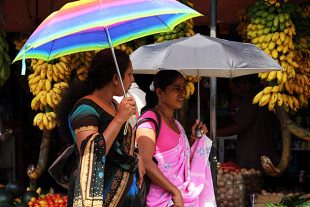 Sri Lanka, the pendant-shaped jewel hanging off the earlobe of India, has had a number of names throughout its long history. Under British rule, the island was known as Ceylon. Arabs called it Serendib, the origin of the word serendipity, which hints at its beauty. And for a span of three months, Jürgen and I would be referring to it as “home”.